More About Our Team

Our business model is GridLink, a two-sided platform consisting of a legal framework, power electronics and decision support software to optimize microgrid investments and operations. Unlike other microgrid business models, the GridLink platform confronts utility opposition to microgrids by simultaneously increasing the economic welfare of communities and utility companies. GridLink ensures an equitable sharing of microgrid benefits between microgrid users and utility rate payers and shareholders. 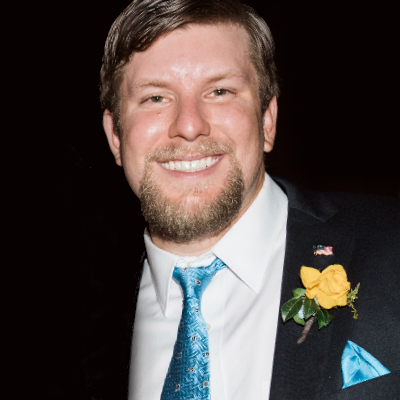 Pareto Energy’s brain trust of financial planners, engineers and attorneys has created a microgrid platform called GridLink. GridLink consists of (1) a legal framework for consumer self-organization and self-management of microgrids, (2) power electronics for affordable, safe and reliable interconnection with the utility grid, and (3) decision support software to optimize microgrid investments and operations. Unlike other microgrid business models that invite utility opposition, GridLink ensures an equitable sharing of microgrid benefits between microgrid users and utility rate payers and shareholders.

Guy Warner is Pareto Energy’s Founder and Chief Executive Officer. Trained as a financial economist, Guy worked for 7 years with the Washington National Tax Service of Price Waterhouse before founding his own company in 1990. Guy has worked on more than 100 energy and infrastructural planning engagements and provided financial and strategic planning advice to a number of electric and gas utilities in the United States, Europe, and South America. He has served as an economic and energy expert before federal courts and state public utility commissions.

Since 1995, Guy has concentrated his work on developing new energy efficiency, renewable energy and on-site power projects, working on more than 40 such projects in North, Central, and South America. Finally, Guy has a long history working on climate change projects. He helped found and fund a not-for profit organization that sponsored a year of youth expeditions that were featured at the 1992 United Nations Climate Change Convention in Rio de Janeiro. Guy also served as a financial advisor on bilateral carbon trades that were successfully registered as part of the US State Department’s Joint Implementation initiative.

Guy graduated from Choate Rosemary Hall in 1975, where he was a member of the Varsity Ice Hockey team. He received his B.A. in Government from St. Lawrence University in 1979.

Chet’s interest in microgrids stems from his participation in the Cities Program, an honors-level, interdisciplinary freshman and sophomore year program at Trinity College’s Center for Urban and Global Studies. Chet studied in the history, English, sociology, art history, and urban studies departments and developed a keen interest in the intricacies of large-scale urban redevelopment projects.  During his senior year, he wrote a term paper focusing on the viability and complexity of large-scale urban redevelopment projects that centered on the construction of a stadium or arena.

Before joining Pareto, Chet interned in the Team Administration Department at DC United of Major League Soccer and as a junior intern with the US Conference of Mayors.  Chet graduated from St. Albans School in 2007, where he captained the Varsity Basketball Team during his senior year and was a three-time member of the Varsity Rowing Team. Chet received his B.A. in History from Trinity College in 2011.  During his time at Trinity, he was a four-year member of the Varsity Rowing Team.